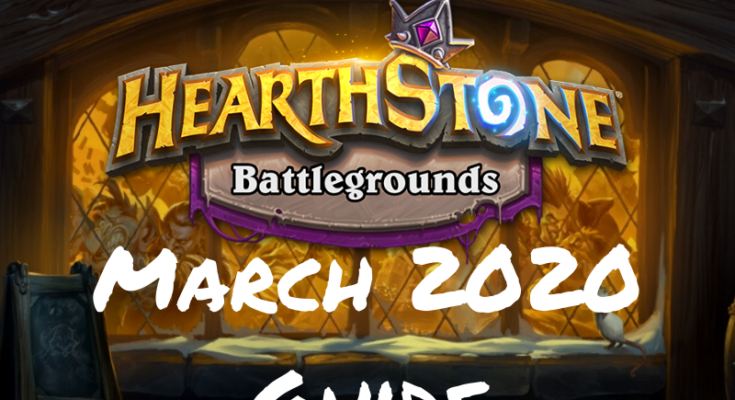 A few heroes have left, several heroes have arrived or rejoined the tavern, and the minion pool has been drastically adjusted.

It’s a lot faster. Token minions are still top tier. Demons aren’t looking as great since Floating Watcher became tier 4. You aren’t going to see the huge 80/80 Watchers anymore, and Wrath Weaver has also drastically decreased in popularity due to the aforementioned faster meta. When you do see Wrath Weavers, you can expect them to be in the 40/40 range now, making them much easier to take out.

It’s just not as safe to take the constant pings of damage. You also used to be able to mitigate the Wrath Weaver damage with Mal’ganis, but the minion pool at tiers 5 and 6 is even more crowded. It can be difficult to find that particular tier 5 minion to round out your comp.

Murlocs are still the endgame dream, but they are as elusive as ever. Mechs are looking pretty good, and Cobalt Guardian is still hotly contested. If there’s a Deathwing in your lobby, make sure you pick up minions like Replicating Menace or Rat Pack to turn his hero power against him.

Better hire a recruit while you can!