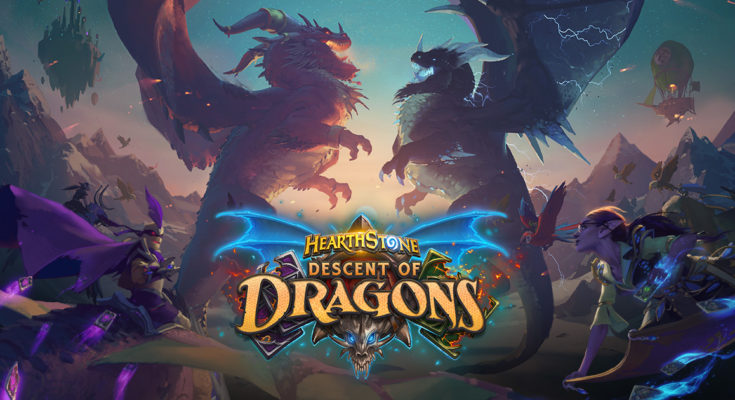 The developers have been proactive with the hero roster available in Battlegrounds, the auto-chess mode in the digital card game Hearthstone.

Read on to view the new changes as well as my opinion on the best currently available heroes.

A full list of the patch notes can be found on the official Hearthstone site.

Sir Finley Mrrgleton has been retired for now, but will return with a new hero power!

Professor Putricide is back, and has been buffed. His new hero power is “Give your left-most minion +20 attack for the next battle“. It costs 1 mana. The prof wasn’t a great pick in the past, but he has a lot of potential now if you can get an early Cave Hydra or Foe Reaver.

Millhouse Manastorm has entered the tavern! Millhouse starts with two mana, and it costs him two mana to refresh the tavern. However, it also only costs Millhouse two mana to purchase a minion.

This hero sounds like he might be a strong pick in the right hands, but he’s unproven as of yet. I’m staying optimistic for now – because I’m waiting for him to get to 10 mana. If Millhouse gets a token early, then the climb might be easy.

Tirion Fordring has been discovered by Zephyrus so many times that he’s now a playable hero in Battlegrounds. His hero power costs 1, and it buffs all unaffiliated (tribeless, not mechs, murlocs, demons, beasts, etc) by 1/1.

This is a real game-changer. This gives minions like Zapp Slywick or Boogeymonster the chance to really shine now that they can be buffed.

There are several minions that I expect will benefit highly from this change: Righteous Protector, Selfless Hero, Wrath Weaver, Spawn of N’Zoth, Crowd Favorite, Festeroot Hulk, Boogeymonster, Bolvar Fireblood, and Zapp Slywick. While I wouldn’t necessarily recommend a board full of tribeless minions, Tirion can still boost their efficacy.

Trade Prince Gallywix is back. His hero power remains unchanged: Spend one mana to add a gold coin to your hand. You can set up big plays with Gallywix, but his hero power can be underwhelming if you’re getting brutalized early on.

Voidwalker (tier 1 1/3 taunt demon) has been removed. In its place, we got Fiendish Servant, a 2/1 demon with Deathrattle: Give this minion’s attack to a random friendly minion. I’m seeing some potential synergy with Professor Putricide here.

A tier 2 demon has been added: Imprisoner (tier 2, 3/3, taunt, Deathrattle: summon a 1/1 imp). In case you haven’t noticed, this is a stealth buff for soul juggler.

It also means that demon boards won’t be as hard-pressed to rush to tier 3 for Floating Watchers and Imp Gang Bosses. Expect Jaraxxas to see a boost in his play and winrates.

I would suggest prioritizing these heroes.

Full disclaimer:  It is entirely possible to lose with any of the Heroes in Battlegrounds. The game has become more aggressive in the midgame, especially with the ubiquity of beast and demon token decks. Several early losses can get you kicked out of the tavern before you get all your cards on the table.

Rafaam is like playing on easy mode. From as early as turn two, you can start getting minions at a sizable discount.

The other players will have to adjust their boards to avoid giving you free triples (or amalgams that you can easily buff if you battle the Curator).

Yogg can get you through the early game pretty handily, and can possibly have the best turn one in the tavern.

If his hero power lands on the right minions, you can snowball through the early and midgame. Lucky buffs can give you the necessary stats to safely upgrade your tavern to get access to the more competitive minions.

The recent Toki buff has made her the easiest Hero to faceroll with. The hero power guarantees at least one minion choice from a higher tavern each turn.

You might think that sitting idle for two turns is a huge disadvantage, but being able to instantly come in hot with the tier 3 minions can be a huge gamechanger. The way the meta is playing out right now, if you roll two Floating Watchers on Tier 3, you can steamroll the game from there. A. F. Kay also has the benefit of being able to take all the other players by surprise.

This dashing rogue can buff minions that are usually difficult to protect, like Baron, Hyena, or Junkbot. The hero power can also be used to instantly transform cleave minions like Foe-Reaper or Cave Hydra into huge board clearing monsters.

Nefarian might seem underwhelming, but the low cost means that you can instantly negate your opponent’s divine shields. Some players won’t prioritize buffing their mechs or murlocs with divine shields if they know that it only costs you a single mana to cripple their strategy. Nefarian can also wreak havoc on tier 1 tokens that you’re relying on in the early game.

Deryl has his own playstyle that is most effective when you stay at Tavern levels 1 and 3. By repeatedly buying and selling minions, you can buff other minions to huge levels.

The downside of staying at a low tavern level is that you aren’t going to have the huge damage swings. However, the benefit that Deryl brings to the table cannot be underestimated once you’ve mastered his unique style.

The Curator starts with a 1/1 amalgam, which has all minion types. This minion is extremely versatile and easy to buff.

The Amalgam gives the Curator an edge in early bouts, as it’s a free extra body on the board. With Nightmare Amalgam having made an exit from the Battlegrounds, the Curator retains the only way to take advantage of certain cards that buff various minion types. The Amalgam is also the only minion to benefit from the Menagerie Magician, as it is currently the only “Dragon” minion.

Picking up the tab

There are plenty of heroes and minions that I didn’t cover in Battlegrounds, and Blizzard is likely to release another patch in February. It will be interesting to see how the meta develops with some of these new additions. Personally, I’m willing to bet that demons will stay near the top, but I’m not sure that they can dethrone murlocs anytime soon.