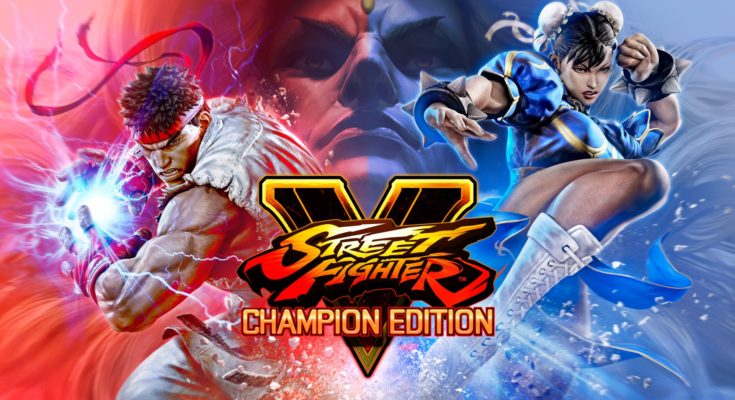 Existing Street Fighter V players will have exclusive content for buying into the $24.99 upgrade package. The big gameplay change made to this edition of SFV will be a second V-Skill added to every character. Not much else is known in terms of overall game balance updates. Gill has been showcased with his own second V-Skill:

V-Skill 1 – Divine Comet
Depending on which V-Trigger is selected, Divine Comet will summon either an ice or fire-based projectile. If this missile hits the opponent, they’ll be afflicted with either a flaming aura that slowly reduces grey life or a frozen veil that stops their stun gauge from recovering. If Gill then hits the opponent with an elementally opposed strike, the word “Retribution” appears on screen and the rules get rewritten. His overhead causes a hard knockdown, his standing fierce punch leaves him at plus 10 on hit and he gets more opportunities for juggles and air resets.

V-Skill 2 – Blocking
Blocking can be performed against mid/high attacks or low to deflect the opponent’s attack. It’s effective against strikes and projectiles and it can also be rapidly chained into itself for those “Moment #37” opportunities.

V-Trigger 1 – Primal Fire
Primal Fire powers up Gill’s fire-based special attacks, causing them to set the opponent on fire without having to spend any bar on their EX versions. It also unlocks two additional flaming attacks. Burn Storm is a burning tempest that can be cancelled from most of Gill’s normal attacks and Flame Javelin is a fast moving projectile that strikes the ground like a mini meteorite.

V-Trigger 2 – Ice of Doom
Ice of Doom is the arctic opposite of Primal Fire, in that it buffs Gill’s ice-based specials. It also unlocks two additional moves that are less spicy and more icy. Tree of Frost is a frozen pillar of spikes that rapidly grows from Gill’s outstretched palm. If it strikes the opponent while they’re in a burning state, the Retribution effect will cause a wall bounce. Delay Freeze Lance sets a frosty trap on the ground that functions like a proximity mine. Should the opponent be careless enough to trigger it without blocking, the ensuing detonation will freeze them in place and leave them open for an unabridged combo.

Gill will also have his own stage, Sun Chase Moon. Gill will be sold separately to existing players on the same day as the launch of Champion Edition, February 14 in 2020. Ready to go beyond the battle?

Read about other Street Fighter V events over at Capcom’s official blog.