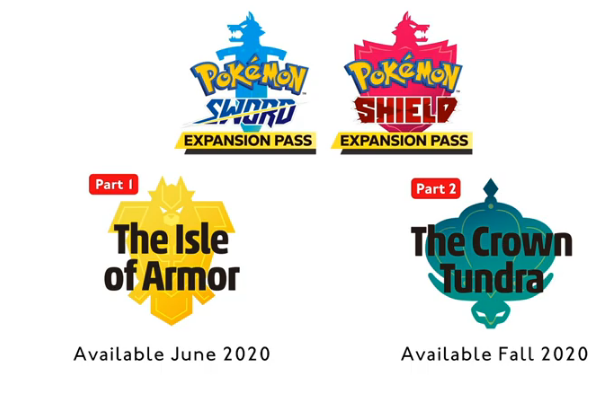 The first Pokemon Direct has come and gone like a wild Pokemon breaking out of a Pokeball. Here’s what they covered, in case you missed it!

A new Pokemon Mystery Dungeon has been announced for the Nintendo Switch. A demo is being released today, and you’ll be able to transfer your save data into the full game.

Game Freak had initially said that they would not be doing any DLC, but they appear to have rethought this idea. An expansion pass in the works for Pokemon Sword and Shield. The new content teases new gigantamax forms for the Galar starters, as well as Blastoise and Venusaur. The content takes place on the “Isle of Armor” (June 2020) and “The Crown Tundra” (Fall 2020), which are the names of the new expansions.

Additionally, it looks as though unreleased and new Pokemon are being added. The trailer showed plenty of Pokemon like Nidorino, Kingdra, and Regice, but there also appears to be new Pokemon. At this time, there’s no telling if they’re regional forms or new Pokemon outright. They appear to be reminiscent of the three legendary birds (Zapdos, Articuno, Moltres).

The Isle of Armor

You’ll travel to this island and train under Mustard, who was also the mentor to Leon, the former Galar Champion. You’ll have a different rival depending on which game you are playing.

More customization options are coming for the player character and the Rotom bike. You will also be able to craft Pokeballs from Apricorns, like in previous titles.

In both of these expansions, the entire region is a seamless map, much like the Wild Area. There is also a new coop feature.

An additional 200 Pokemon are set to be released when new updates are made available.

Details are forthcoming, but this is set to release next month, in February 2020.

An update today will allow you to catch a Galarian Slowpoke. At this time, you will not be able to evolve it, but there is an item on the Isle of Armor to allow it to evolve into Galarian Slowbro.