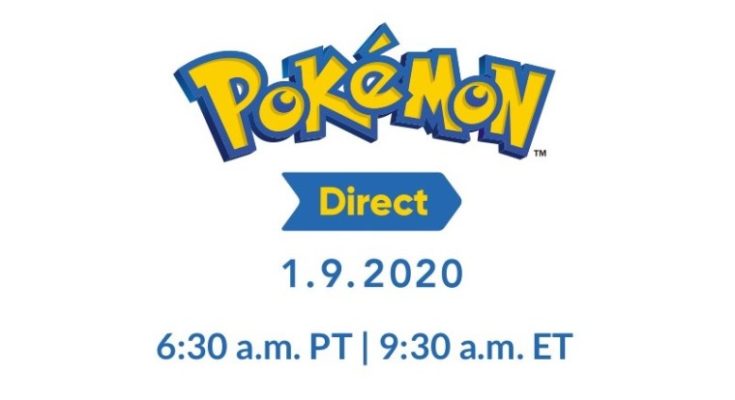 Nintendo has officially announced the first Pokemon Direct of 2020. In about 24 hours, we’ll be getting some more Pokemon news!

What should I expect?

There are four big announcements that might be forthcoming. The first one is the most likely, as we’ve been expecting it:

These were announced last year. Pokemon HOME is a cloud-based Pokemon storage and transfer service. It’s essentially the successor to the Pokebank.

Pokemon Sleep is a mobile game that will use your sleeping biometrics to catch Pokemon. Niantic, the developer behind Pokemon Go, is working on this title. At this time, details are sparse, but it’s probably safe to assume that you’ll be able to transfer Pokemon from Pokemon Sleep to other games.

Additional Pokemon in Sword and Shield

Datamining has shown that entries exist in Sword and Shield for Pokemon that haven’t been made available yet.

Some hackers have even been able to generate raids for some of these Pokemon, like the Squirtle raid pictured above. We don’t know if these Pokemon will be transfer-only via Pokemon HOME, or if special raid events are coming.

Here is the list of Pokemon that exist but have yet to be released:

The fanbase has been wildly speculating that the Sinnoh region would be remade for a while. Kanto has been remade twice, the Johto remakes are among the best games in the series, and Hoenn was remade relatively recently. There’s no concrete evidence to suggest that a remake of Gen 4 is in the works, but it could happen.

There’s a good chance that a followup to Pokemon Sword and Shield is in the works. This is a great chance for Game Freak to put out some positive spin if they play their cards right. They’ve done something like this before with both Black 2 and White 2 and Ultra Sun and Ultra Moon. I definitely prefer the Black/White sequels to the “upgraded rerelease” nature of Ultra Sun and Moon. The developers have already stipulated that there won’t be any DLC for Pokemon Sword and Shield, and I doubt they’ve rescinded their stance.

Thanks for coming to my TED Talk

This article is entirely conjecture, and I might have missed the mark. I would be down for an announcement for a new Pokemon Mystery Dungeon or any other content. Just, please, no more Detective Pikachu.

Check out our five essential tips for any player starting out in Pokemon Sword & Shield.