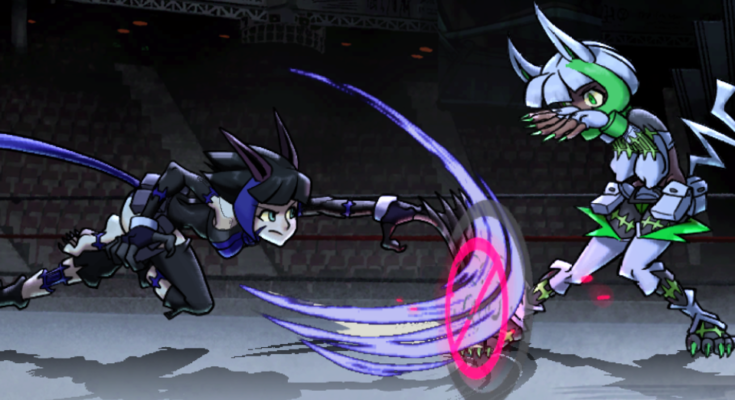 When the first news starts to confirm that the major console manufacturers are working on a brand new console generation, a lot of attention is given by the video game industry. Speculations on the hardware, the technological features, the games at launch, etc., begin to arise. Everyone’s eager to know more about what’ll shape the industry for the next 6-8 years, and obviously, it doesn’t escape the FGC. Most of the FGC’s forums and social circles become active and talk about the recent news surrounding the announcements behind the Xbox Series X and the PlayStation 5. This is especially true when it comes to what console would be featured the most by the FGC.

When you attend a fighting game major event, the first thing you’ll notice is the rows of tables with several monitors and consoles on them. When you run events like EVO or The MixUp, several tournament matches need to run simultaneously on different titles.

Due to the nature of the FGC itself, a lot of players compete at more than just one game. Since a lot of the fundamentals transfer from one game to another and tournaments make you bring your controller, a player could just bring one that’s compatible with the tournament’s competitive standard at the time and go from setup to setup and compete in various matches. It’s also easier for the organizers since they can buy games and consoles in bulk, or share accounts for the DLCs.

In our current console generation, the PS4 became the FGC’s platform of choice. It started with the console exclusive release of Street Fighter V and as many games started to be available for SONY’s console, it became the standard we know today. Some of the newer members in the FGC just assume that SONY’s superiority in the fighting game scene will continue since the PS4 became the standard for most FGC tournaments out there. However, a key point they forget is that before the PS4 hit the scene, the FGC’s platform of choice was Microsoft’s Xbox 360.

Green was the color.

During the 7th generation of consoles, Street Fighter IV was dominating the FGC and the PS3 version of the game was heavily criticized by the competitive community. This particular version had a 3-frame input delay, even in offline gameplay. This caused an uproar during EVO 2011 when SONY sponsored the event. EVO and the other majors rolled back to the X360 for events that were held on later dates.

The 6th generation of consoles was a transitional period for the FGC. Before it, the entire community was Arcade-exclusive to play the technically superior version of the game. Since the control panel was already on the cabinet, you didn’t have to bring anything other than yourself and some change to participate in a tournament or at a local event. The Arcade scene is where every major tournament started.

It was even more flagrant in Japan where a lot of Arcades held tournaments that were considered qualifiers for the Super Battle Opera tournament held each year (or Tougeki). For a lot of game series, Super Battle Opera was considered the most prestigious tournament in the world at that time, even more-so than EVO. Known to be heavily stacked in terms of competition and very cruel as well, they never had the standard BO3 and Double-Elimination bracket we see today. Every tournament was a Single-Elimination bracket and BO1. This is where the “2D Fighter Gods” made their first huge victory. Daigo, Sako, Tokido, Haitani, Mago – five known legends in the fighting game esports scene.

Japan wasn’t the only place where Arcades were the FGC king. EVO, formerly known as the Battle by the Bay series started as an Arcade-exclusive tournament. The Stunfest, a highly respected major in Europe also was Arcade-exclusive in its beginnings, especially during the first half of the 2000s.

People forgot a key-defining event in the history of the FGC; the Death of the Western Arcade industry. When publishers stopped manufacturing Arcade cabinets and when governments started to push anti-Arcade laws in North America and Europe, the market started to be less profitable for the big wigs involved. The Fighting Game Community, heavily involved in various Arcades, had to take matters into their own hands. This meant buying cabinets, maintaining them, and bring them to various tournaments across the country. Events like Stunfest were made because of the associations and individuals that possessed and we’re able to bring their cabinets each year.

The FGC, since the death of the Arcades, is the only active competitive community that is outside of its own environment.

In the early-2000’s, when the 6th generation of consoles started booming, these consoles started to bridge the technological gap they had with their Arcade versions. The console ports started to be more and more faithful to their Arcade counterparts and the slow transition to consoles became a necessity. For the associations and organizers in-charge of these FGC events, bringing and maintaining console setups were much easier than doing the same for Arcade cabinets.

The FGC never started as a Console community. It transitioned to consoles out of necessity because of the death of the Western Arcade industry.

One of the most asked requests to publishers by FGC members is on-time PC port through the Steam store. We recently saw how enraged the community was when SNK decided to choose the Epic Game Store to distribute Samurai Shodown on PC instead of Steam. The community, at large, was very unhappy by the news, which outgrew the actual news of a PC port for SamSho7, which was highly anticipated by the FGC.

Just like the PlayStation Vs. Xbox war in the FGC, this example perfectly illustrates the disconnect between new members of the FGC and the old guard of the community. Since Arcades have been out of the picture for so long, new members of our community just take things for granted and never question why we’re in this situation in the first place.

The FGC, since the death of the Arcades, is the only active competitive community that is outside of its environment. When you look at the various PC communities, like those for Strategy games or Shooters, even if the technology evolved to this point, they never changed their ways. They were playing with keyboards and mouse back then and they’re playing with keyboards and mouse now. Same for a lot of the actual console communities, like Smash, Halo, FIFA, and others. The FGC is the only competitive community in the world that had to make such a huge transition from one gaming platform to another.

As a community, we should never force ourselves to one platform of gaming. Costs and logistics will make some platforms stand up against others, but already, fighting on the “PS5 Vs. XSX” subject across the FGC, when there’s no real fighting game news surrounding these consoles, is a very shallow thing to do. If the industry hadn’t died in the early-2000’s, the community would still be heavily featured in the Arcades, just like it is in Japan. 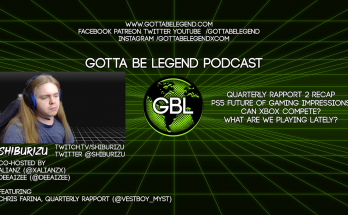