News outlet VG247 got a chance to speak to Blizzard’s co-founder Mike Morhaime in Barcelona and asked him about the “failure” of Heroes of the Storm. The cross-over MOBA game had been developed to compete with League of Legends and Dota 2 but major development was halted last year. This was shortly after Morhaime himself stepped down as President of Blizzard,and he had this to say in response to the decision:

“First of all, I think the Heroes team made a great game,” Morhaime said. “One of my regrets is that we didn’t pursue Dota early enough. Dota was very popular and we were very focused on World of Warcraft at the time – there were more people playing Dota than Warcraft 3.”

It’s important to remember the history here: Defense of the Ancients or Dota was the birth of the MOBA genre for the mainstream and its developers went their ways into Riot Games or Dota 2 under Valve. All that while, World of Warcraft was Blizzard’s darling and other titles such as Diablo 3 or Starcraft II were being developed. He reflects on this further:

“But the community was doing a great job supporting it and we didn’t want to disrupt that,” Morhaime continued. “And frankly we had our hands full trying to support the growth of World of Warcraft. We felt like focusing on Warcraft was the right call at the time. In retrospect – boy, if I could go back in time and say, ‘You know what? Why don’t we have a small team that’s focused on doing something with Dota? Or why don’t we include Dota with the launch of StarCraft 2 and have a mode or something?’ I’d love to try doing that a little bit earlier. I think Heroes was probably too late.”

It wasn’t until well after MOBAs took over the world that Blizzard got around to making their own, and Heroes of the Storm wasn’t that massive success they hoped for. Who can forget that first year of their Heroes of the Dorm finals on ESPN3 with Day9? Expectations were large on the title, but the game didn’t pick up the way Morhaime presumably wished. Blizzard was very adamant on pushing official competitive scenes for their games with the now retired HGC for Heroes and the OWL. I’d wager it has something to do with not wanting to miss out on the next big thing, so I’m wondering when Heroes of the Autochess is next. 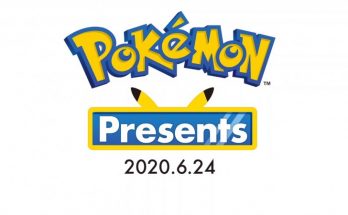