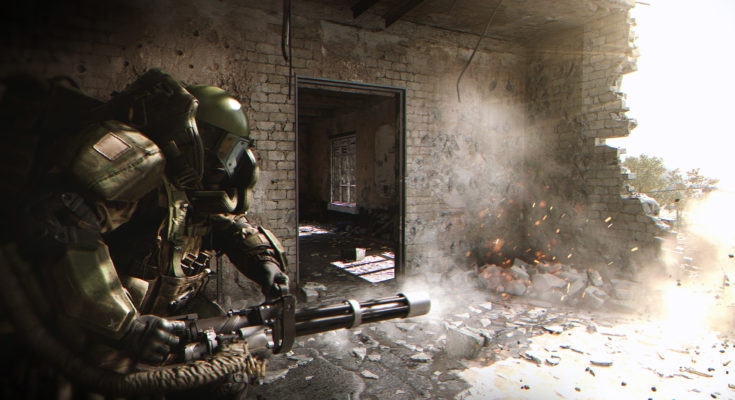 The next Call of Duty is Infinity Ward’s reboot of the Modern Warfare story, and it’s shaping up to be a visual upgrade for the entire franchise. In a blog post, Activision’s animation lead at Infinity Ward describes the challenges with making guns feel “just right”. There’s an interesting bit of detail in regards to the common act of reloading:

Advancements to weapon animation also led to improvements to the gameplay itself too, as Grigsby explains: “One other thing we added this year is the ADS [Aiming Down Sight] reload. In the past, if you’re ADS, and you’re shooting and you reload, the weapon would go off to the side, and you’d have to retrain to get to your target. This time if you reload, it stays on the target, so you can stay in the battle.”

Anyone playing FPS games is well aware of the spaced out vulnerability of reloading. You have to lose your focus on a target and let an animation play out be it for one bullet or 10 more in your magazine. No longer for Modern Warfare, as you’ll be able to reload your gun while actively holding your sight up. We’ll have to see what other major gameplay changes come with this year’s entry. Given the game’s repeated emphasis on simulating “Tier 1 Operators” it wouldn’t surprise us to see a gameplay focus moving towards the likes of Rainbow Six: Siege. What do you think of it?