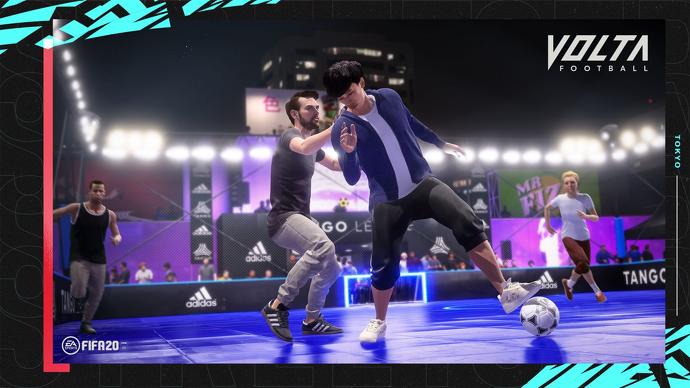 FIFA 20 is actually bringing something new to the table for the franchise by going back to the legacy of the EA Street games in the form of Volta Football. PS4, Xbox and PC versions of the game (The Switch is getting a ‘legacy’ edition) can expect a fully different way to play in street environments with a new story mode, customization avatars and online leagues.

This is bringing the series away form the stadiums and taking us to locations around the world: We were offered glimpses of Amsterdam underpasses, street cages in London and a rooftop in Tokyo. Stylish.

On top of this the professional rosters are set aside for customizable avatars with hair, tattoo, emote and clothing options for male or female players. Expect the microtransactions.

The game carries a separate Volta story mode for your avatar player and lets you take the street online in the Volta Leagues or what sounds like the ability to play your Ultimate Team on Volta through Volta Kick-off.

This is an interesting proposition for people who haven’t found yearly releases of Football games to be appealing: Not only is this going alongside the professional-focused main game, it’s offering complete new formats for the sport and different progression options. I suspect we’ll see this on the Switch sold separately if this gains traction (and if you fondly remember FIFA Street, it’s easy to think it will).